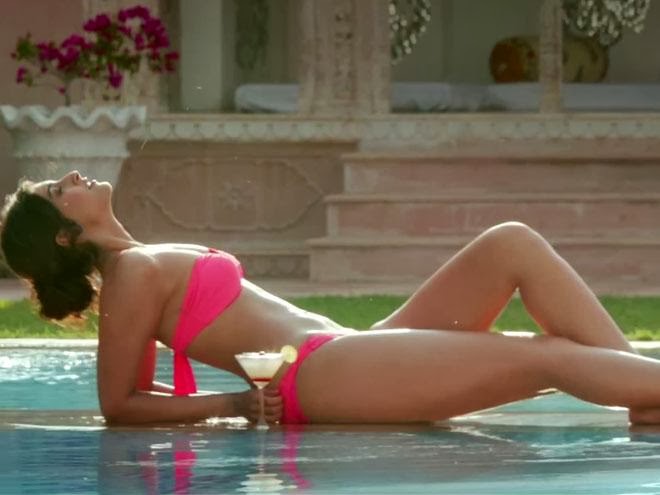 Bollywood's Cute actress Sonam Kapoor working for a new film called Bewakoofiyaan.  As the first trailer of Bewakoofiyaan is out, we can say that with this flick, the cuteness queen Sonam Kapoor has defined the other side of her acting talent. Ayushmann Khurrana is widely popular for such kind of roles that he has portrayed in the Yash Raj Films' project, but Sonam can be seen in an ever sexy avatar here.

In the trailer, Sonam has raised the mercury by donning a bikini and swimming in the pool. She has also shared a kiss with her partner Ayushmann in the film. However, the film's concept doesn't seem to be much different from others but director Nupur Asthana has given a touch of extra fun with the superb acting talent of veteran actor Rishi Kapoor.

The film's story is all about a couple, Ayushmann Khurrana and Sonam Kapoor, who are deeply in love with each other and want to get hitched. But Sonam's father Rishi Kapoor wants a rich husband for his daughter. During the course of the film, Ayushmann also loses his job because of some circumstances which they had to hide from Rishi Kapoor.

Throughout the movie, the couple makes a number of 'Bewakoofiyaan' which add even more fun to it. The film is scheduled to hit the theaters on March 14 this year.